Social TV catches the eye and attention of Nielsen, after 50 years of the same tracking metrics

On December 17th, 2012 Nielsen cited the one billion tweets sent every 2.5 days, which it said makes “Twitter data a necessity” in keeping tabs on TV-related conversations. TV and Twitter interaction looks something like this: 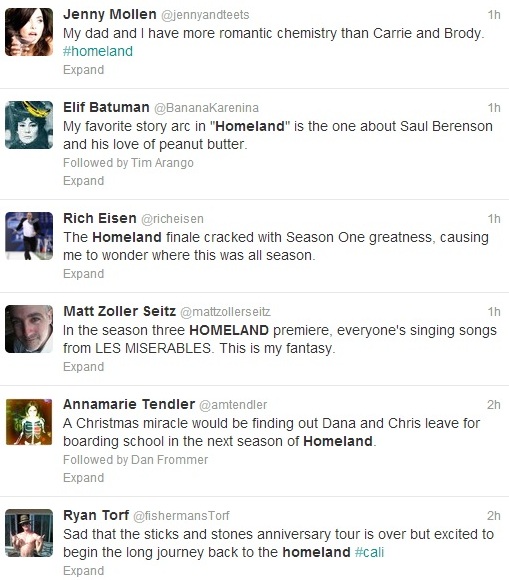 Per ReadWrite.com research has shown that “social chatter about TV shows actually correlates with ratings and Twitter itself has been taking its role in television more seriously through media partnerships and launching promotional campaigns for new shows” and nearly “90% of tablet owners use them while they watch TV”.

You missed a spot

One needs to closely consider that when the numbers are scrubbed, some networks are missed. Vevo is catching some flack for not removing views like other YouTube channels have.

According to Trendrr’s second annual Year End Stats Report for Social TV, NBC is the most social network for 2012, while the Nickelodeon-produced SpongeBob SquarePants is the most social TV show on all of television. Analysts argue NBC had a card up its sleeve as the 2012 Olympics boosted NBC past all other cable and network broadcasters in terms of Social TV and its implementation of apps on a variety of devices.

Accordingly, once you take the Olympics out of the equation FOX and its singing-competition show “The X Factor” bring home all the bacon for 2012, as the social activity-per-episode for the popular reality TV show is off the charts. Wondering which device OS reigned supreme in 2012 when it came to social TV? Without a doubt its Apple’s multitude of iOS devices, including the iPad, iPhone and even the iPod Touch.

Read more internet TV news from Worldtvpc.com: Social TV Is Growing, And Is Here To Stay

To support this trend are facts like this one reported on TechCrunch. One of the positions listed on [Twitter’s] jobs site is a “Manager of TV Relationships” [a] position based in Los Angeles.*

HuffingtonPost reports that VH1’s Sacher: Social TV is the New Reality of Television as 80 Percent of Viewers Use a Second Screen.

BetaKit reports that Stevie, a social TV startup launched on the iPhone and received more funding. there are many other startups attacking this new feast as well: GetGlue and IntoNow,  Shelby.tv (currently hibernating), Showyou and Telly.

Social TV doesn’t end at Twitter, Facebook may prove a very strong contender, even though Twitter leads real-time. Read this article from Forbes for more on that story.

“Viewers generated 874 million TV-related comments in social media this year — up 363 percent from the 189 million in 2011”, according to Bluefin Labs, a Boston-based firm that specializes in social media analytics.

The Grammy Awards grew 2,280% — generating 13 million comments in social media during the 2012 telecast on CBS. (http://articles.baltimoresun.com/2012-12-23/entertainment/bal-twitter-facebook-taught-us-how-to-talk-back-to-the-tv-20121223_1_bluefin-labs-social-media-social-tv)

For some basic talk about social TV, listen to this Social TV Discussion which goes over the idea: “Broadly speaking, social TV is the integration of social media and TV programming.”